What Can Women with Fibromyalgia Do to Get Relief?

Previous Next
What Can Women with Fibromyalgia Do to Get Relief? 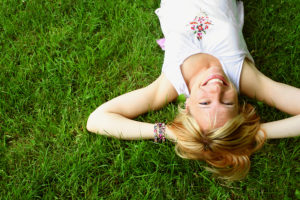 Fibromyalgia is the second most common musculoskeletal condition affecting more than 12 million Americans. Most of the affected patients (approximately 80%) are women between the age of 25 to 60. Fibromyalgia is frequently misunderstood and misdiagnosed.

Fibromyalgia symptoms include widespread joint pain and fatigue, depression, chronic headaches, irritable bowel syndrome, numbness and tingling in the fingers and feet, stiffness , and other symptoms. It is believed that mental, physical and emotional stress, central sensitization, neuro-immuno-endocrine problems and trauma or injury to the upper cervical area are likely related, however the exact cause of fibromyalgia is unknown. Trauma or injury to the upper cervical area can be caused by a car accident, falling, injury to another part of the body such as the head or back and even contact sports.

However there can be lifestyle changes done to decrease symptoms of fibromyalgia including finding stress relievers, reducing the use of artificial sweeteners such as Splenda, eating more protein to help get rid of sugar in the body, taking care of the thyroid by eating foods rich in iodine such as seaweed, making sure posture is correct when sitting and drinking plenty of water to stay hydrated. Aerobic exercise and relaxation is also used to help reduce the pain.