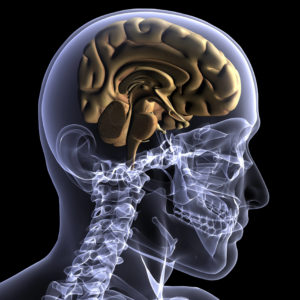 Upper Cervical Chiropractic Has Never Been about Bad Backs

In 1895 Daniel David Palmer came on the health care scene as, medicine was leaving an era of proclaimed cure-alls to pursue more scientific investigation into the treatment of disease.

“D.D. Palmer reasoned that the body had an ample supply of natural healing power transmitted through the nervous system. If a single organ was sick, it must not be receiving its normal nerve supply. That led to the premise of spinal misalignment, or subluxation, and from there to a procedure for adjusting the vertebrae. D.D. performed his first adjustments in 1895, relieving one man of deafness and another person of heart trouble. Arrangements were made to train others in the application of the chiropractic principle. The Palmer School and Cure was founded in 1897 and was later incorporated under the laws of Iowa. The school later became the Palmer School of Chiropractic.”

So as you can see, there was never a mention of bad backs. On the contrary, the first 2 people to receive a chiropractic adjustment had hearing problems and heart problems.

Now, I’m not claiming that upper cervical chiropractic care is a cure for all deafness or all heart problems. But, over the past hundred plus years chiropractic patients have seen amazing changes in their health, including resolution of hearing, heart problems, and even breathing conditions such as influenza and pneumonia.

How the 1918 Flu Epidemic Saved Chiropractic

According to Wikipedia, the 1918 flu epidemic, was devastating. It infected 500 million people across the world and killed 50 to 100 million of them, which was 3 to 5 percent of the world’s population at the time making it one of the deadliest natural disasters in human history.

During that time,upper cervical chiropractic was a fledgling healthcare approach that was having little impact on the world. But that all changed when people started to notice that chiropractors, their families and their patients weren’t dying from the flu like everyone else.

Disease statistics from across the country revealed that Upper Cervical Chiropractic patients were surviving at remarkable numbers. And as a result of that, chiropractic practices and schools began to flourish.  This also resulted in licenses to practice chiropractic being granted in Texas and other states.

Here’s an example from the statistics:

You can see the incredible difference chiropractic care was making in the immune systems and health of people from that time.

Just to summarize, if you had pneumonia or the flu and were treated by a medical doctor in 1918, you had a 36% chance of dying.

If you were under chiropractic care, you had less than 1% chance of dying.

For another example, in Oklahoma 233 patients who medical doctors had done everything they could for and basically were told they had no hope of recovering. Of those 233, all but 25 were saved with chiropractic care.

So even the worst of the worst were seeing the benefits of chiropractic care and that continues today.

Once the spine is locked into this stressed position, the joints, muscles, ligaments, tendons, discs will begin to progressively deteriorate. The longer your body is in this position, the worse it gets.

This can lead to conditions such as degenerative disc disease, arthritis, herniated discs and more.

When your body frame is in this misaligned position, it will also cause irritation of the brain, spinal cord, and nerves that go throughout your body.

Nerves control every cell, organ, tissue, muscle in your body. When your spine is misaligned, your body must adapt to this stressful situation. This can lead to a variety of different conditions, including; migraine headaches, numbness, tingling, fibromyalgia, high blood pressure, sciatica, and much more.

So I hope you can see the upper cervical chiropractic care is about much more than bad backs.

Do many people with back and neck problems find amazing results with upper cervical chiropractic care?

Dr. Kurt Sherwood, D.C. is an Upper Cervical Specialist and Renton Chiropractor who has helped many people to find drug-free relief from multiple sclerosis symptoms in Renton, Washington over the past 20 plus years. He is trained by the National Upper Cervical Chiropractic Association. He specializes in correcting problems in the upper cervical spine (upper neck). This vital area is intimately connected to the central nervous system and problems in this area have been shown to be an underlying cause of a variety of different health problems including multiple sclerosis, fibromyalgia, Parkinson’s disease, and vertigo. More information can be found on his website at www.restorationspinalcare.com