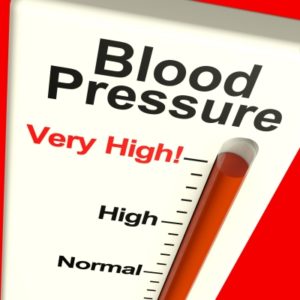 According to the World Health Organization (WHO), hypertension is the most common cause of preventable death in developed countries and it is a major risk factor for cardiovascular conditions such as heart attacks and strokes which are the first and third leading cause of death in the US.

Traditionally, the treatment method of choice has been through the use of anti-hypertensive medication. Considering that anti-hypertensive medication has been on the market since the 1950s and the usage of these medications has increased over the years and the incidence of hypertension is also increasing; the current prevention and treatment methods appear to be unsuccessful and we should start looking for alternative methods of treatment.

One such alternative that warrants a closer look is specific chiropractic adjustments to the first cervical vertebra (referred to as C1 or the Atlas vertebra) which has been associated with reducing blood pressure to the equivalent of two-drug combination therapies in patients. This landmark study was published in 2007, indicating the connection between the upper neck and high blood pressure.

A recent case study published by Dr. Jonathan Chung further investigates the connection. Dr. Chung, Dr. Brown and Dr. Busa published a compelling case study in the Journal of Upper Cervical Chiropractic Research. The patient in the case study was taking 2 blood pressure medications when beginning care. After the completion of an upper cervical chiropractic care program of 16 adjustments over several months the patient no longer needed to take any blood pressure medications.

As is a common situation the patient in the case study was involved in several motor vehicle accidents that resulted in head and neck trauma. It is believed that this type of head and neck injury can lead to problems with the brain stem and a reactionary increase in blood pressure.

Dr. Kurt Sherwood, D.C. is an Upper Cervical Specialist and Renton Chiropractor who has helped many people to find drug free relief over the past 20 plus years. He is trained by the National Upper Cervical Chiropractic Association. He specializes in correcting problems in the upper cervical spine (upper neck). This vital area is intimately connected to the central nervous system and problems in this area have been shown to be an underlying cause of a variety of different health problems including multiple sclerosis, fibromyalgia, Parkinson’s disease, and vertigo. More information can be found on his website at www.restorationspinalcare.com