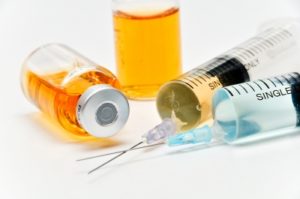 Drug Costs Nearly As Shocking As MS Diagnosis to Patients

Multiple sclerosis drugs are being reported as having an average annual cost of $62,000 a year. For those who suffer from multiple sclerosis (MS), perhaps the only thing more shocking than receiving their diagnosis is learning how much the disease modifying drugs (DMDs) used to control it will cost.

Current Cash Prices for a One-Month Supply of MS Medication, according to Healthline

*Administered by IV every 3 months and is prescribed in multi-dose vials. Single-month pricing information was unavailable.

In 2010, when Novartis won FDA approval of its much-anticipated, first-ever pill treatment for MS, Gilenya, the company set the price for the oral medication at $4,000 per month. At the time that price was 30 to 50 percent above that of other established DMDs, according to a post written by noted MS blogger Lisa Emrich. Other drug manufacturers soon responded with price increases to match.

Tecfidera, the newest pill treatment to enter the market, is also priced in the range of $62,000 per year.

“MS DMDs are too expensive,” said Daniel Kantor, M.D., president of the Florida Society of Neurology, founder of the Southern MS Consortium. “This is almost universally recognized. The problem is that they keep increasing in price. In the U.S., the vast majority of people with MS get their DMDs at a very low price to them because of patient assistance programs. Sometimes, however, even when we try very hard we can’t get the medications at an affordable price. This is especially true for…the working under-insured and people on state and federal insurance plans.”

The connection between trauma to the head and neck and multiple sclerosis has been discussed regularly in the literature for decades. Upper cervical chiropractic care has been proven to be effective at improving brain function. Many research studies have been performed that show a positive result when an upper neck misalignment is corrected in patients suffering with multiple sclerosis.

Here’s an example from the Journal of Vertebral Subluxation Research in 2001:

“This article reviews the upper cervical chiropractic care of a single patient with Multiple Sclerosis (MS). This 47-year-old female first experienced symptoms of Multiple Sclerosis (MS) at age 44, when she noticed cognitive problems and loss of bladder control. After viewing multiple lesions on MRI (MS plaques), her neurologist diagnosed her with MS. Two years later, she noticed additional symptoms of leg weakness and paresthesias in her arms and legs. Her symptoms progressively worsened without remission, so her neurologist categorized her as having chronic progressive MS and recommended drug therapy (Avonex).

In the conclusion of the case study, Dr. Elster summarized:

“This case report revealed that this specific upper cervical procedure was associated with a successful outcome for a patient with Multiple Sclerosis. Post MRI’s, post thermographic scans, and the patient’s neurologist’s evaluation all suggested the intervention of upper cervical chiropractic care may have stimulated a reversal in the progression of Multiple Sclerosis.”

Dr. Kurt Sherwood, D.C. is Upper Cervical Specialist and has helped many people to find drug-free relief from multiple sclerosis symptoms in Renton, Washington over the past 20 plus years. He is trained by the National Upper Cervical Chiropractic Association. He specializes in correcting problems in the upper cervical spine (upper neck). This vital area is intimately connected to the central nervous system and problems in this area have been shown to be an underlying cause of a variety of different health problems including multiple sclerosis, fibromyalgia, Parkinson’s disease, and vertigo. More information can be found on his website at www.restorationspinalcare.com

Image courtesy of baitong333 from www.freedigitalphotos.net