Previous Next
Multiple Sclerosis, CSF leaks, and NUCCA part 2 of 2 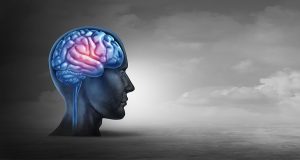 Last time we looked at how new technology is allowing multiple sclerosis researchers to see misalignments in the upper neck that are leading to increased intracranial pressure, cerebral spinal fluid leaks and eventually the process of multiple sclerosis.

The most exciting aspect of these findings is that unlike nerve tissue, the myelin sheaths that are damaged in multiple sclerosis can regenerate – once the cause of their destruction is eliminated. The paper suggests that once the intervention is applied the obstruction of the flow of CSF in the cervical spine could relieve the increased CSF pressure within the ventricles and eliminate the resultant leakage of fluid into the surrounding brain tissue and the inflammation of the myelin sheaths that it generates.

Once the leakage has been stopped, the myelin sheaths could be repaired by the body with the prospect of a return to normal nerve function for these nerves.

So how do you stop the leakage?

It all starts in the neck.   All the participants in the study and all subsequent research using this type of technology has shown a history of head and neck trauma that precipitates the diagnosis of multiple sclerosis.  After head & neck trauma the upper neck area is generally the area that is most affected and causes the most problems for the brain and the body.

During the initial study, the Fonar technology was able to clearly identify the malalignment of C-1 in the upright position.  This malalignment was successfully treated by an upper cervical specific correction. The patient’s MS symptoms, severe vertigo accompanied by vomiting when lying down and stumbling from unequal leg length, ceased upon treatment.

Not only did the patient symptoms go away after correcting the alignment of the upper cervical spine but the CSF flow measurements obtained immediately following the treatment exhibited a 28.6% reduction in pressure and the CSF flow was now normal.  Leading researchers to conclude that with proper alignment and continued improvement in CSF flow the patient’s nervous system will heal.

The patient’s alignment is currently being maintained and she is still free of her MS symptoms (vertigo and vomiting on recumbency).

In conclusion, the researchers said:

“the results of our investigation suggest that Multiple Sclerosis may be biomechanical in origin wherein traumatic injuries to the cervical spine result in cervical pathologies that impede the normal circulation of CSF to and from the brain. The resulting obstruction of CSF outflow from the brain impairs the outflow of CSF from the lateral ventricles of the brain where 500 cc of cerebrospinal fluid is generated daily by the choroid plexuses (20).

The obstruction to CSF outflow would result in an increase in ventricular CSF pressure (ICP) which in turn could result in “leakage” of cerebrospinal fluid and its content of more than 300 polypeptides and at least six (6) antigenic proteins (e.g., tau proteins) into surrounding brain parenchyma. The attachment of antigenic proteins to surrounding brain nerve fibers would stimulate the antigen-antibody reactions that produce the axon demyelinations characteristic of multiple sclerosis.”

So the first step starts with an upper cervical evaluation to see if you have an upper neck misalignment  that could be starting this process within your body that is leading to multiple sclerosis.

Dr. Kurt Sherwood, D.C. is Upper Cervical Specialist trained by the National Upper Cervical Chiropractic Association. He is in private practice in Washington state in the city of Renton. He specializes in correcting problems in the upper cervical spine (upper neck). This vital area is intimately connected to the central nervous system and problems in this area have been shown to be an underlying cause of a variety of different health problems. More information can be found on his website at www.restorationspinalcare.com