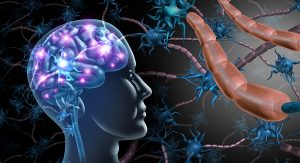 For decades multiple sclerosis researchers have discussed the correlation between trauma and the onset of MS. But until recently, researchers were unable to directly see the CSF leaks and CSF flow obstructions that have now been made visible by new technology called phase coded MR imaging.

A paper, titled “The Possible Role of Cranio-Cervical Trauma and Abnormal CSF Hydrodynamics in the Genesis of Multiple Sclerosis,” was recently published and appears in the journal Physiological Chemistry and Physics and Medical NMR (Sept. 20, 2011, 41: 1-17).

Commenting on the study, the lead researcher, Raymond V. Damadian stated, “These new observations have uncovered biomechanical barriers that appear to give rise to multiple sclerosis, and, even more excitingly, these barriers may be therapeutically addressable.”

Translation: problems in the neck effect the flow of fluid to and from the brain and this change in fluid is likely leading to multiple sclerosis.  The findings are based on viewing the real-time flow of cerebrospinal fluid in a series of randomly chosen patients with multiple sclerosis.  The cerebrospinal fluid, known as CSF, lubricates the brain and spinal cord.

Damadian and co-researcher, Chu, discovered obstructions of the CSF flow in all eight patients in the study and, in seven out of eight patients, the obstruction was more pronounced when the patient was in the upright position.

The obstruction comes as the first few bones in your neck becomes misaligned and causes a backup of CSF.  This obstruction is most likely more pronounced in an upright posture.  When this misalignment was corrected, the study shows pressure decreases by 28.6%! The flow also becomes uniform again once treatment is given. The idea of the fluid (CSF and blood) collecting in the brain due to the poor draining and improper position of these vertebrae is under review for a cause of Alzheimer’s and Parkinson’s disease as well.

When viewing MRI scans of the first patient, Damadian hypothesized that any obstructions of the continuous circulation of the daily volume of CSF out of the brain to the spinal cord and back could cause increased pressure within the ventricles, which could result in leakage of the fluid into the brain tissue surrounding the ventricles.  These leaks within the brain are believed to start the process of multiple sclerosis.

Next time we will take a closer look at this study and the treatment that is giving so many multiple sclerosis patients new hope.

Dr. Kurt Sherwood, D.C. is Upper Cervical Specialist trained by the National Upper Cervical Chiropractic Association. He is in private practice in Washington state in the city of Renton. He specializes in correcting problems in the upper cervical spine (upper neck). This vital area is intimately connected to the central nervous system and problems in this area have been shown to be an underlying cause of a variety of different health problems. More information can be found on his website at www.restorationspinalcare.com.