Fibromyalgia and Ear Problems: How Are They Related?

Previous Next
Fibromyalgia and Ear Problems: How Are They Related? 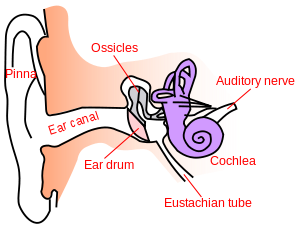 Concluding the article, the researchers from Japan said “given our findings, we suspect the onset of ear fullness may be associated not with abnormal findings in the middle and inner ear function but with other causes, such as central sensitization.”

Nerves make the arms and legs move. Nerves make the heart beat and the lungs breathe. Ultimately, the entire nervous system is designed to keep the body alive. That is its most primal function. If a lion is chasing, the body runs. Just like a built-in alarm system, this system of nerves will alert the body to danger and trigger automatic protective responses. Normally, this system works beautifully and life is preserved well into adulthood.

However, in some cases, this alarm system goes haywire. For example, what happens if this alarm system is too sensitive? Now instead of feeling no pain, one is left to feel too much pain. Just like a car alarm system that triggers anytime the wind blows, an overly sensitive nervous system can lead to false alarms and alarms that never turn off. Scientists have studied the process that leads to an overly sensitive nervous system and have called It central sensitization.

What Causes This Hypersensitivity?

Frequently, this hypersensitivity will begin with a physical trauma such as car crash, a fall, sports injury, etc. People with fibromyalgia frequently have had a number of physical and emotional traumas, leading to increasing hypersensitivity in the central nervous system.

When an upper cervical chiropractor is able to help someone with fibromyalgia the pain seems to be the key: once the pain has been managed, the myriad symptoms seen with fibromyalgia, for instance depression, chronic fatigue, and sleep disturbances, tend to lessen or even evaporate. When that happens, fibromyalgia patients can return to their normal lives. 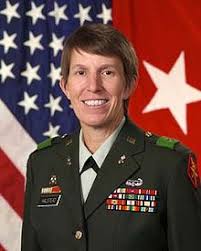 A great example of this is seen in retired Brig. Gen. Becky Halstead, who suffered from fibromyalgia at the time she served in Iraq where she was the U.S. Army’s first female general to hold a command. “The adjustments and nutritional advice I received from my chiropractor helped in treating the fibromyalgia and made me feel better on a day-to-day basis,” claimed Halstead, a West Point graduate.

There is also a known association between PTSD (post traumatic stress disorder), a condition common to soldiers, and fibromyalgia.

Dr. Kurt Sherwood, D.C. is Upper Cervical Specialist and has helped many people to find natural relief from fibromyalgia in Renton, Washington over the past 20 plus years. He is trained by the National Upper Cervical Chiropractic Association. He specializes in correcting problems in the upper cervical spine (upper neck).

This vital area is intimately connected to the central nervous system and problems in this area have been shown to be an underlying cause of a variety of different health problems including multiple sclerosis, fibromyalgia, Parkinson’s disease, and vertigo. More information can be found on his website at www.restorationspinalcare.com