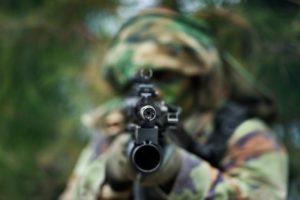 In February 2012, doctors from the Department of rehabilitative medicine at the University of Washington reported on a study of 239 people who have suffered mild traumatic brain injuries (MTBI), also known as concussions. After 6 months, 17% of them had developed the symptoms of post-traumatic stress disorder (PTSD). Rates of post-traumatic stress disorder in civilian MTBI in this study are consistent with prior research.

Researchers for some time have believed that there may be a connection between mild traumatic brain injuries, post-concussion syndrome and post-traumatic stress disorder.  All of these medically diagnosed conditions, have similar symptoms, including headaches, irritability, problems with concentration, etc.

Head and neck traumas that are associated with concussions may be related to all of these conditions. These types of traumas will lead to a misalignment in the small bones of the upper neck that are closely connected with the brain and spinal cord through the brain stem.

Brainstem dysfunction can lead to a variety of physical and behavioral consequences. Correcting this underlying misalignment is crucial for the long-term healing of those who have suffered a mild traumatic brain injury.

Upper neck misalignments can be corrected, precisely and gently.  The upper neck must be first visualized with 3 dimensional x-rays in order to determine the specific and unique type of misalignment that has occurred in the upper neck.

Once this is determined, this misalignment can be corrected with a specialized procedure known NUCCA.  This procedure has been developed by the National Upper Cervical Chiropractic Association over the past 60 years.

Dr. Kurt Sherwood, D.C. is Upper Cervical Specialist trained by the National Upper Cervical Chiropractic Association. He is in private practice in the state of Washington in the city of Renton. He specializes in correcting problems in the upper cervical spine (upper neck). This vital area is intimately connected to the central nervous system and problems in this area have been shown to be an underlying cause of a variety of different health problems. More information can be found on his website at www.restorationspinalcare.com