Can a neck injury cause high blood pressure in Renton Washington?

Previous Next
Can a neck injury cause high blood pressure in Renton Washington? 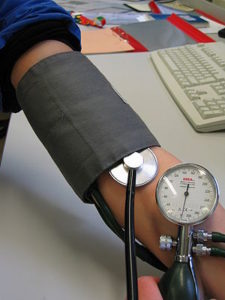 Researchers at the Hypertension Center at the University of Chicago Medical Center are reporting stunning reductions in the blood pressure of patients afflicted with hypertension following simple and painless chiropractic care.

In the study – published in the March 2, 2007 issue of The Journal of Human Hypertension and featured on WebMD, Good Morning America and other sources – 50 patients with hypertension were divided into two groups of 25 each.  One group of 25 received a NUCCA spinal correction to the atlas vertebra (uppermost bone in the neck).  This vertebra holds up the head and only relies on soft tissue to maintain alignment.  Misalignment, also known as subluxation, usually goes undiagnosed and causes no pain or discomfort. The other group of 25 received a similar procedure but with no adjustment being given. Researchers called this procedure the “sham adjustment.” Since the type of adjustment given was very light force, the patients involved in this study did not know if they were receiving the real or sham adjustments.

X-rays confirmed that the chiropractic adjustments actually changed the position of the atlas vertebra among those in the study group.  The study leader reported that the procedure had the effect of not one, but two blood pressure medications given in combination.  And, his team reported no side effects whatsoever from the adjustment.

Hypertension, or high blood pressure, is widespread among adults in the United States. And, if uncontrolled, it can lead to heart and kidney failure or a stroke. According to the American Heart Association, nearly one in three adults suffers from hypertension. However, many are unaware that they are afflicted – making high blood pressure the ‘silent killer.’ This study offers so much hope.

Upper Cervical Chiropractic care is a maintenance program for the nervous system. If the nervous system is free of stress and operating at peak efficiency, it can lead the body to do incredible things. This study begs for further research. While man struggles to create new and better technologies on a daily basis, we continue to find that the human body is the greatest technology on today’s market – let’s take good care of it.

Dr. Kurt Sherwood, D.C. is an Upper Cervical Specialist and Renton Chiropractor who has helped many people to find natural relief over the past 20 plus years. He is trained by the National Upper Cervical Chiropractic Association and his Renton Chiropractic clinic specializes in correcting problems in the upper cervical spine (upper neck). This vital area is intimately connected to the central nervous system and problems in this area have been shown to be an underlying cause of a variety of different health problems including migraine headaches, multiple sclerosis, fibromyalgia, Parkinson’s disease, and vertigo. More information can be found on his website at www.restorationspinalcare.com